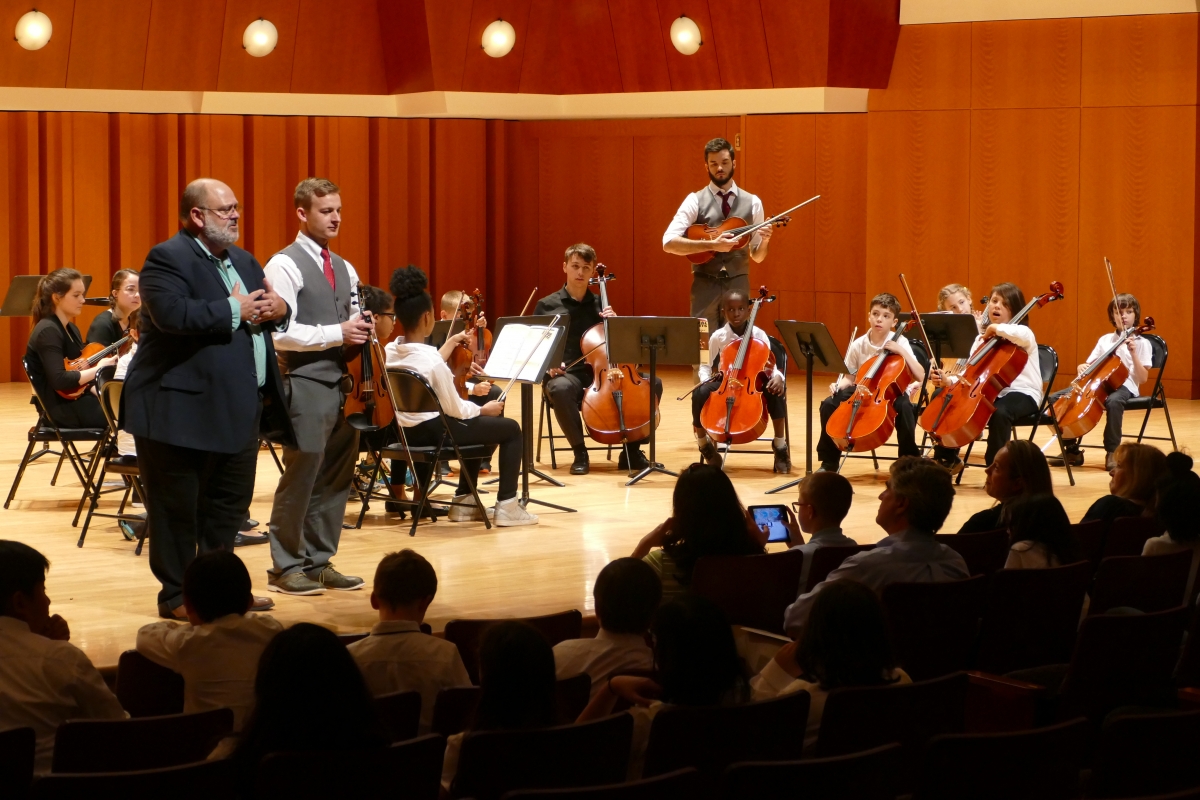 This undertaking required time management and the skill to balance directing the School of Music’s summer camps programs, research commitments, supervising student teachers, and a full teaching load, including teaching in the online Master of Music Education program. Taylor, however, embraced this challenge and tapped into his resources as the project offered Hodgson School students pre-service teaching opportunities.

Taylor strategized. He created a connection between the string project and the Clarke County Schools, specifically with Principal Dr. Ellen Sabatini at Barrow Elementary. This connection allowed tremendous growth for the Hodgson School’s music education pre-service teacher training program and community outreach while also galvanizing a pre-existing partnership with the local school system.

“At that time, the UGA String Project was here on campus and the county school system was trying to bus students here,” said Taylor. “It didn't really work. But I had a connection with a local elementary school that I rented rooms from for our summer camp program. So, I put the two together.”

Sabatini knew Taylor and understood the string project would provide affordable music education opportunities that many students lacked. She provided the space at no charge.

As the project grew, news spread and community interest increased. Taylor’s time management skills were tested once again, but help arrived in 2009 when Ruth Monson became co-director of the project. Her contribution—Taylor describes her as “a true asset to the project”—continued the project’s upward trajectory.

Eventually, regional success of these partnerships attracted statewide attention, and a representative from the Georgia Music Foundation contacted Taylor about providing oversight and student volunteers to create a summer music camp this past June at a Boys & Girls Club across the state in Albany, GA.

After designing a similar plan, the same representative called Taylor back about being involved in the creation of a new, music-focused arts school in Madison, GA.

“What we started with the pre-service teaching opportunities for our students in the UGA String Project and the Boys & Girls Clubs projects has been seen as something good by people outside the Athens area and now they're regularly contacting me, asking, ‘How can we do this in our county?’" said Taylor.

All this success began with embracing something unforeseen. Educators typically see their daily routine as fully scheduled. Rather than fearing or quickly dismissing inherited projects or project proposals, consider examining connections and resources. What initially seems like a burden may turn out to be your greatest achievement.