Accessibility is a large part of education and online learning. Here at UGA the Office of Online Learning work with professors to create an inclusive learning experience for students, regardless of the program. The digital platform allows for an increased flexibility and awareness to different types of students. This culture of inclusivity is not limited to the online degrees at UGA, and extends into the Athens community at large. This can be seen first hand in the founding of a local theatre program. 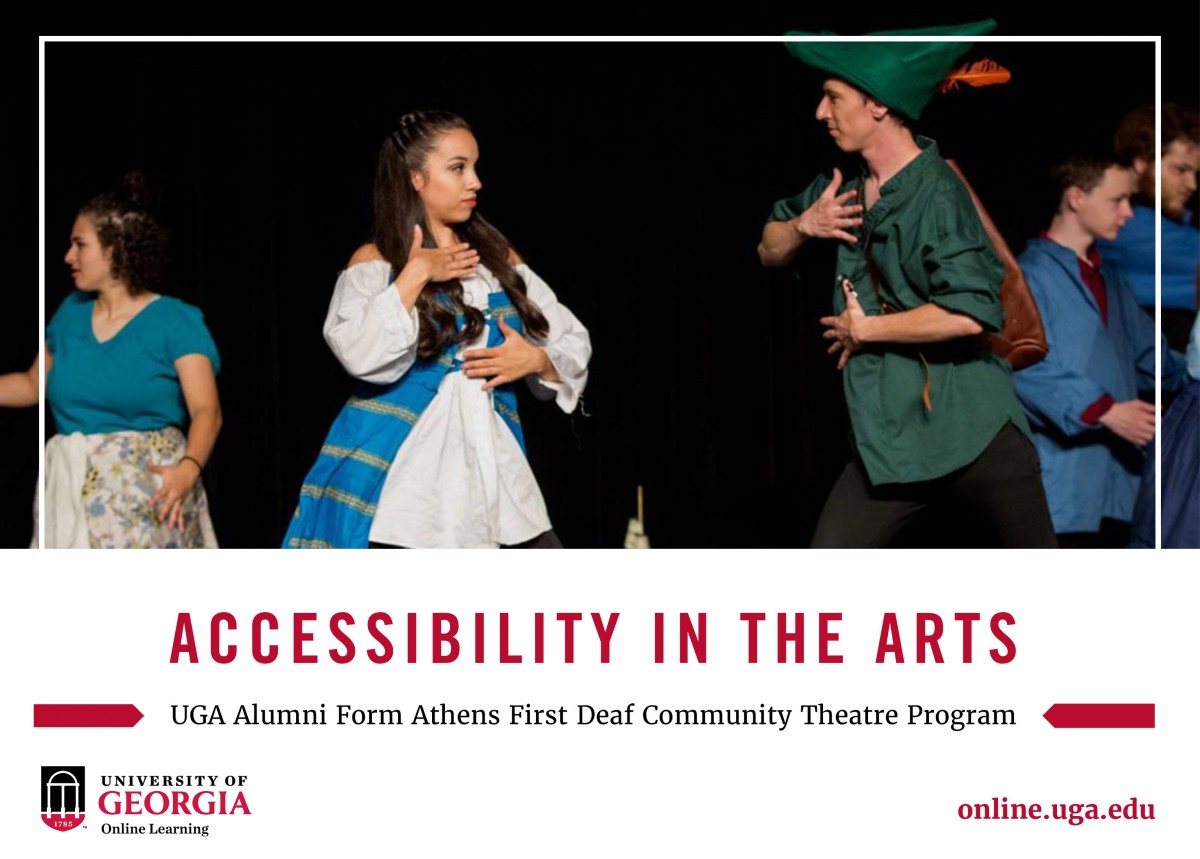 Two University of Georgia alumni sought to fix a lack of accessibility in the arts when they founded a theater in Athens called Hands In!, an educational nonprofit that produces original works in American Sign Language (ASL) with a special interest in theater and musicals.

Hands In! productions work through collaboration: Both Deaf and hearing actors perform, but everyone signs their lines (a capital “D” signifies deaf culture as a whole, rather than the clinical term “deaf”). Voicers offstage speak the lines as they are being signed, so the hearing audience can enjoy the performances as well.

Haley Beach was earning her degree in communication sciences and disorders at UGA when she and UGA alumna Amara Ede co-founded the theater company in March 2018.

Luke Bundrum is Deaf and is the president of ASL Dawgs, an organization that helps connect UGA students with the Deaf community. He is also an actor in Hands In!’s show, “Wanderland,”  based on the novel Alice in Wonderland.

“Being Deaf is a challenge in life, but with supportive friends and community, I am able to succeed on my own,” said Bundrum. “It’s rare for a Deaf student to attend a rigorous liberal four-year college such as UGA, and I have been blessed to get this far in life.”

Most of the performers in Hands In! productions, however, are hearing, such as UGA student Jordan Richey, who got involved when Beach reached out to her about auditioning.

“I would video Haley and Amara doing the signs then I could go home and practice making the shapes,” said Richey. “It was different than how I would normally approach memorizing lines.

Richey grew up in Royston, Georgia, and moved to Athens in eighth grade. She began UGA in the vocal performance program at the School of Music but said it wasn’t the right fit for her because she leans toward musical theater. She switched to the speech therapy program in the College of Education, which also offers an online graduate certificate in pre-professional speech language pathology.

Hands In! has an ASL consultation board comprised of Deaf members only, and they strive to include Deaf actors in their shows.

The original feature story on Hands In! appeared in UGA Today.