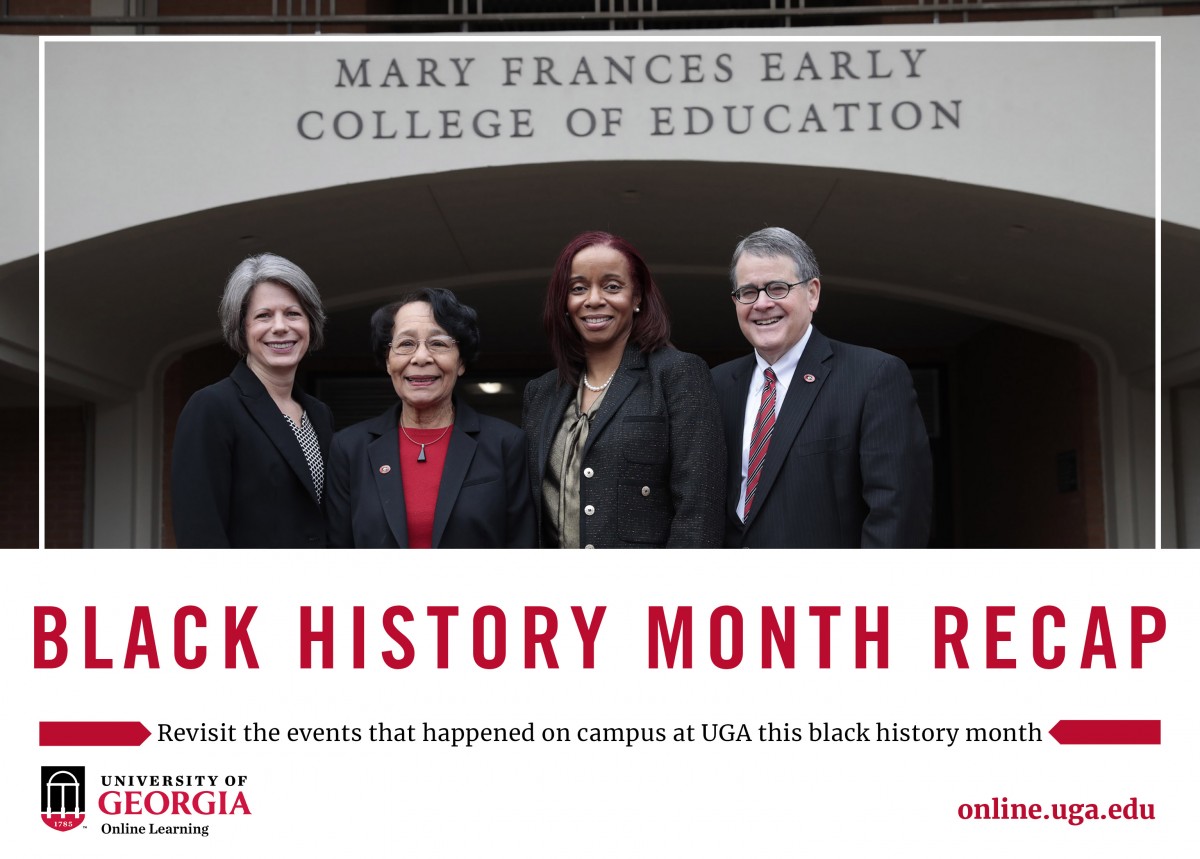 Early is the first black graduate of the University of Georgia, earning her master’s degree of music education in 1962, despite facing a climate of hate and ridicule on campus. She went on to have a successful career in music education and served as the music director for Atlanta Public Schools.

“We will always need good educators,” said Early. “And to have the College of Education named in my honor, I can’t even describe how wonderful that is. Even after I’m gone it will still be there. I want to thank all of the people who made this happen.”

Along with Early’s naming ceremony, UGA honored other Black alumni and movements throughout the month—a march was held in Myers Hall in honor of the lives of UGA’s first black students, Charlayne Hunter-Gault, Hamilton Holmes, and Early.

An event celebrating National Black HIV/AIDS Awareness Day was hosted alongside lectures on the civil war, civil rights, race and the justice system.

On Feb. 28, at the Georgia Museum of Art there will be a Black History Month dinner and awards ceremony at 5:30 p.m.