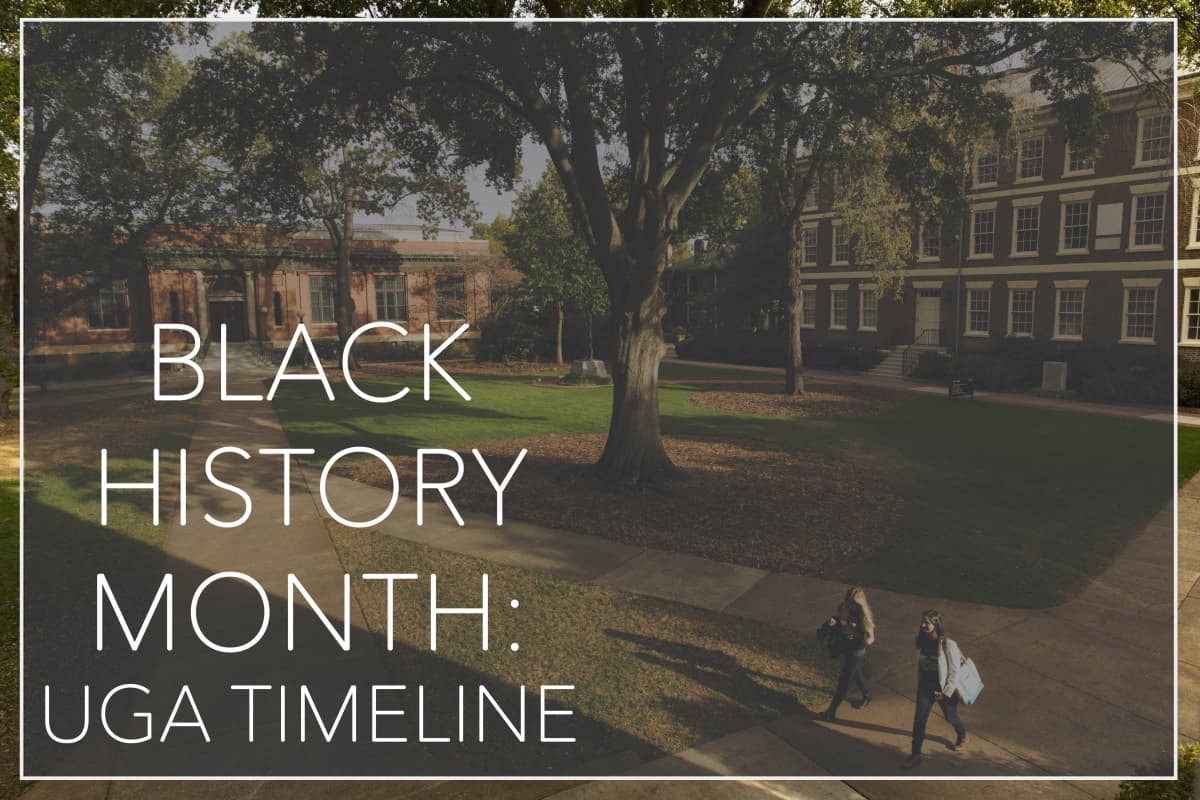 1961: Hamilton Holmes and Charlayne Hunter become the first African Americans to register at UGA after winning a legal battle to gain admission.

1969: The Zeta Pi chapter of Alpha Phi Alpha becomes the first African-American fraternity at the university.

1987: Robert Pratt becomes first African-American faculty member in the history department. He later wrote a book on UGA’s desegregation, We Shall Not Be Moved.

1989: The Office of Minority Services and Programs opens.

2005: Faculty member Derrick Alridge is named one of 10 outstanding young African-American scholars in the nation by Black Issues in Higher Education.

2010: Broadway performer Tituss Burgess (AB ’01) presents a one-man show at the Morton Theatre to kick off the centennial celebration of the historic Athens venue.

Based off of milestones and achievements listed on the UGA 50th anniversary of desegregation site.