Egil Rostad is an alumnus of the Master of Music Education online program offered through the University of Georgia’s Hugh Hodgson School of Music. Rostad earned his Bachelor of Music in Cello Performance from the Eastman School of Music. As an active professional cellist, Rostad  has composed music for several dance and film productions in New York City, and has performed at a variety of venues, including the Joyce Theatre, Carnegie Hall, the Knitting Factory, Joe's Pub, Merkin, Town Hall, Guggenheim, and MOMA. Rostad has also appeared on numerous recordings by labels such as EMI, Ajna Records, Compass Records, and Vitamin Records. 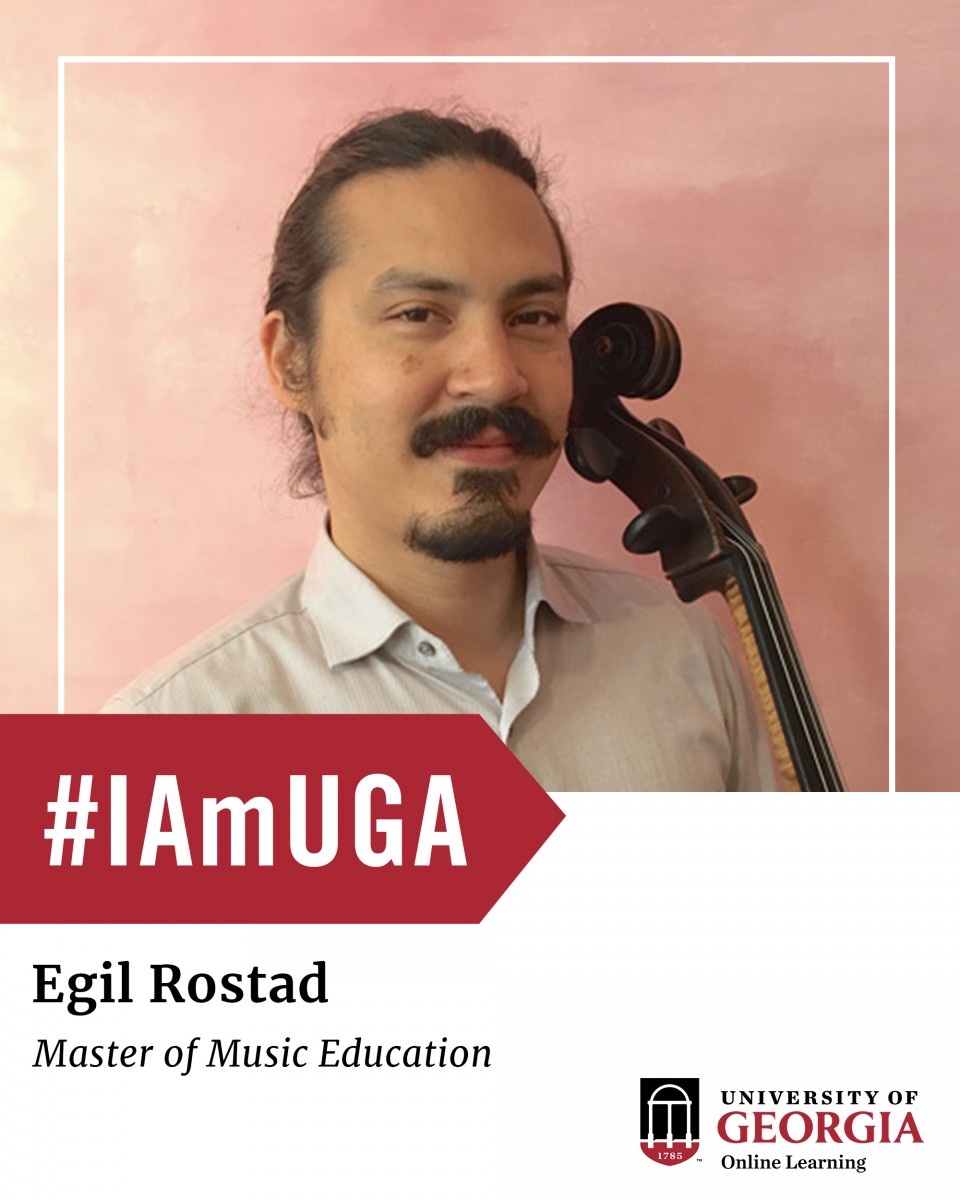 Rostad is an experienced music educator in the northeast United States. He taught music in New York, NY at the Diller-Quaile School of Music, School for Strings, and British International School of New York. He currently teaches at the New Jersey Academy of Music and is the orchestra director for the New Providence Elementary Schools in New Jersey.

Rostad found the University of Georgia by searching for highly ranked online music education programs. “UGA offered what I was looking for in a program, and I found it was possible to complete [the program] between two summers,” said Rostad. Rostad found the online format suited his schedule as a full-time music educator and father.

One of the many highlights Rostad discovered through the online MMEd program was a newfound interest and understanding of music research. “Prior to this program I had only a peripheral connection with research. Even though it was a relatively short period, engaging with research through the program changed the pattern of my thinking,” said Rostad. “Much of the world is data and research driven, so being able to relate to research and use research is like attaining another level of literacy.” Rostad discovered how important and relevant research is to the music education field and the world at large.

While increasing skills in conducting, pedagogy, and research, the curriculum allowed students to refine individual teaching needs. “[The] classes had a nice hands-on approach that was very appropriate to the content and helpful for refining a personal approach,” said Rostad.

For anyone interested in taking an online program, Rostad suggests looking ahead at big assignments and breaking things down for better time management. “Asynchronous courses are great because you can control the flow of your workload. It can also make things quite hard if you let assignments pile up,” said Rostad.

Rostad attended the University of Georgia MMEd online program to deepen his practice as a teacher, and looks forward to applying what he learned to benefit his current and future students.

“This degree was the culmination of a longer, multi-stage plan, so my plans for the time being are simply to digest this education and synthesize it into practice. I want to focus a little on my teaching and my students this year. In a year or so I will start planning my next big project,” said Rostad.

Ronstad has had a varied performance career including onstage in Martha Clarke’s acclaimed dance-theater masterwork “The Garden of Earthly Delight.” He has also performed at a variety of venues, including the Joyce Theatre, Carnegie Hall, the Knitting Factory, Joe's Pub, Merkin, Town Hall, Guggenheim, and MOMA. Ronstad has also appeared on numerous recordings by labels such as EMI, Ajna Records, Compass Records, and Vitamin Records.