You might think the way you approach money is based on financial advice or past experiences, but new research from the University of Georgia shows that your personality may have a big impact on financial decision making and risk taking. 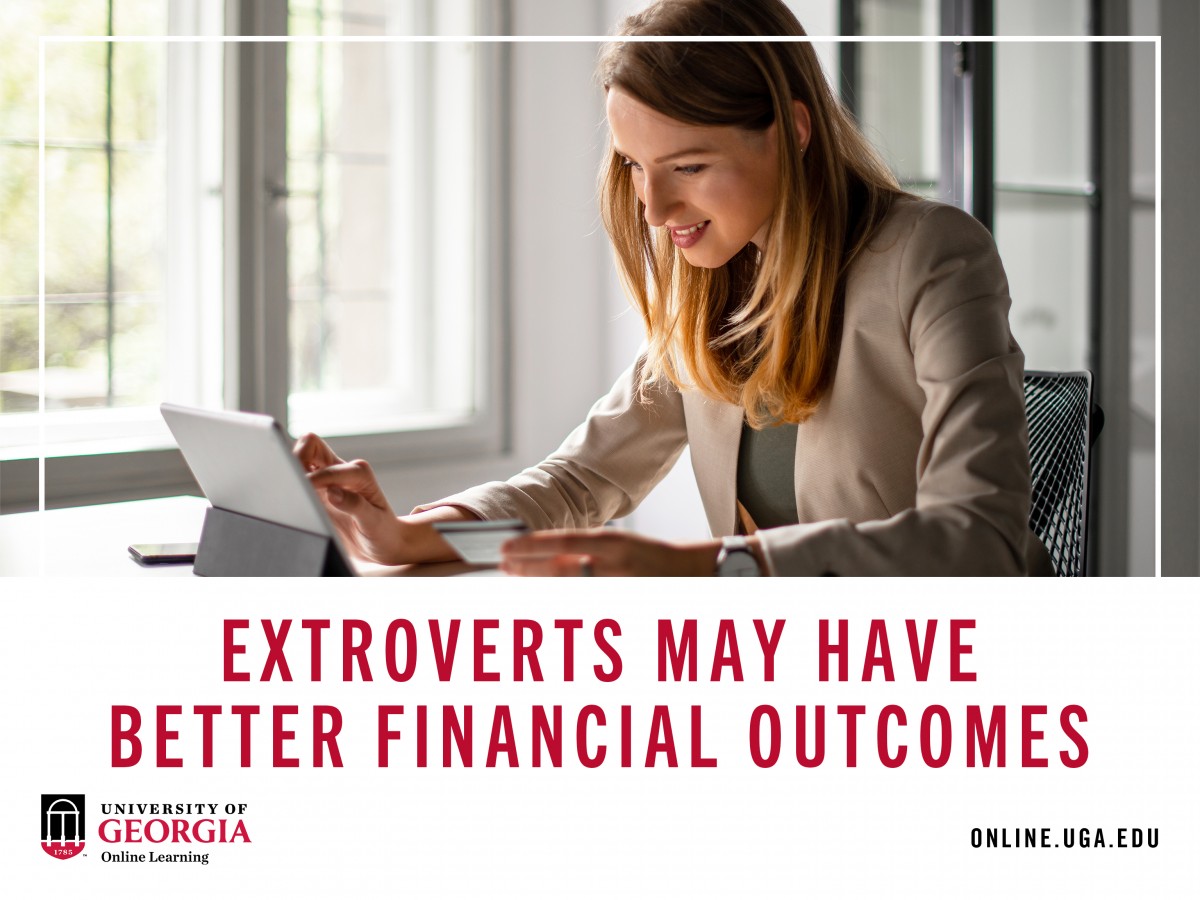 “The industry requires us to measure this thing called risk, but I was talking to people and understood that there’s more to somebody’s financial life than just their risk tolerance.” —Jim Exley

“Based on our results, the people with the best financial outcomes tend to be those who are well-adjusted, more extroverted and less neurotic,” said Exley. “They’re also willing to take some risks, but they don’t take too many.”

Exley was drawn to this research after working in the financial services industry for 25 years, where he encountered people’s varied approaches to finances firsthand. No one's money personality was quite the same.

“The industry requires us to measure this thing called risk, but I was talking to people and understood that there’s more to somebody’s financial life than just their risk tolerance,” he said.

This epiphany led him to begin studying under W. Keith Campbell, professor of psychology in UGA’s Franklin College of Arts and Sciences. Campbell was the one who suggested personality might be at the root of the differences Exley noticed in his profession. Their research took off from there.

For Exley’s study, published in Personality and Individual Differences, the team surveyed 395 participants about personality, financial risk tolerance, net worth and happiness.

“Using advanced statistical modeling, we identified three overarching types of people based on combinations of their OCEAN scores,” said co-author Patrick Doyle, a recent Ph.D. graduate in psychology. “We then explored how members of those three groups differed in financial perspectives and experiences.”

The largest profile was the Over Controlled group, who exhibited high agreeableness and conscientiousness, but low extroversion. These people don’t like risk, so they avoid activities that are risky but could grow their wealth, like investing in the stock market.

The other two profiles are more tolerant of risk. The next largest, the Resilient group, are generally well-adjusted and stable people; they are extroverted, open and agreeable, and not very neurotic. These profiles were associated with more successful financial outcomes, because while they don’t avoid risks, they also don’t take too many.

Members of the Under Controlled group are less conscientious, and more extroverted and neurotic. They tend to enjoy taking risks, but they sometimes take too many, negatively affecting their net worth.

The team’s research shines light on an understudied topic. While money has a significant impact on better-researched subjects like marriage and parenting, it’s still relatively uncommon to explore the psychology behind the finances themselves, according to Campbell.

“It’s really interdisciplinary work,” he said. “It’s taking very basic models of personality, together with sophisticated statistics on psychometric approaches, and then applying them to very basic questions about investing and finance.”

With such strong associations between the profiles and financial outcomes, the researchers hope their findings will allow financial planners to better serve their clients, so they can help people make the best financial decisions for them.

“Planners, if they want to help people, need to measure OCEAN,” said Exley. “If people easily can talk about themselves—and it’s telling you a lot about how they handle money—then practitioners simply need to measure it and record it.”

John Grable, Athletic Association Professor in the UGA College of Family and Consumer Sciences and an Athletic Endowed Professor of the online Master of Science in Financial Planning program, is also a co-author.