John T. Edge, a nonfiction mentor in our low-residency MFA in Narrative Media Writing, will be speaking at UGA Signature Lecture speakers event. The event will feature 11 writers and authors awarded for their multidisciplinary appeal and compelling bodies of work. 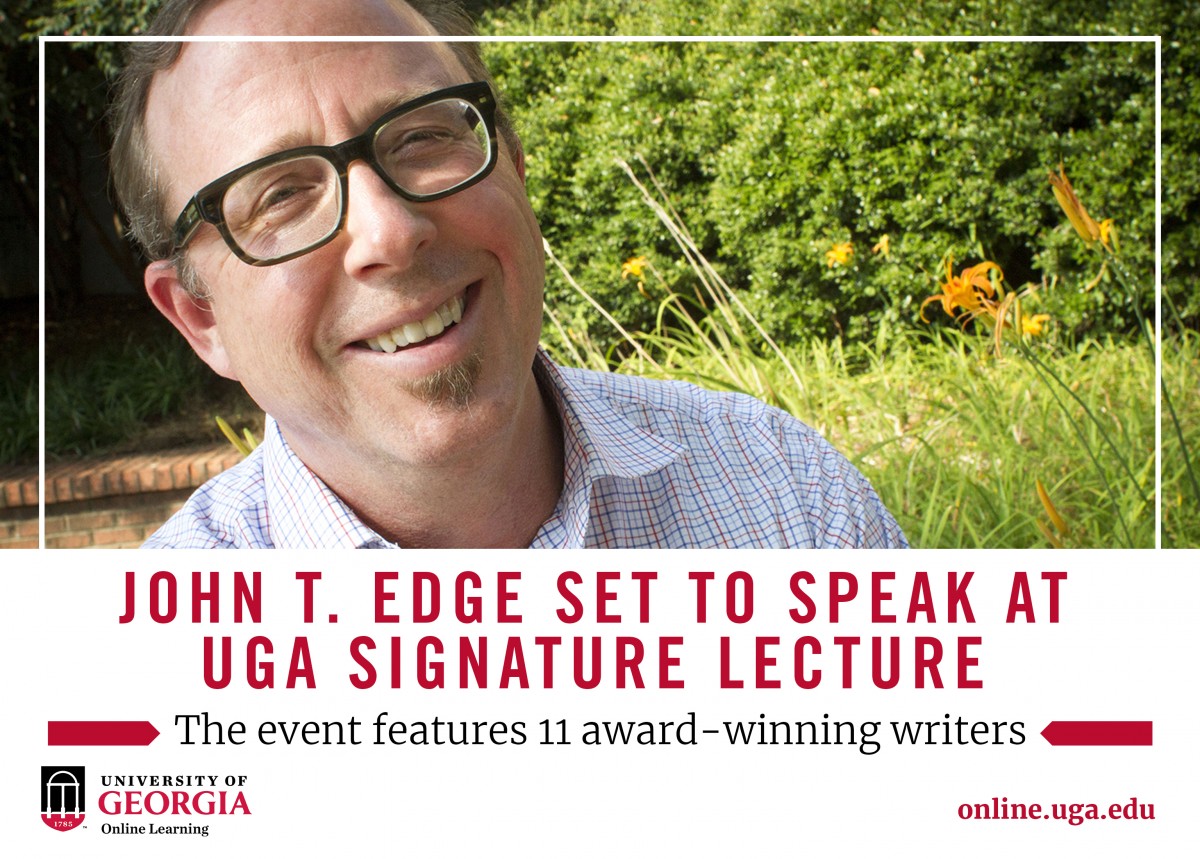 Edge is a two-time James Beard Award winning author and a food historian who believes, “the best cookbooks are storybooks.”

Since its founding in 1999, Edge has served as director of the Southern Foodways Alliance, an institute of the Center for the Study of Southern Culture at the University of Mississippi. Winner of the M.F.K. Fisher Distinguished Writing Award from the James Beard Foundation, he is author of “The Potlikker Papers: A Food History of the Modern South.”

In addition, he is also the host of the television show “TrueSouth,” which airs on the SEC Network and on ESPN. Edge has written for The New York Times Magazine, Lucky Peach, GQ and Creative Nonfiction. His work has been featured in 11 editions of the annual Best Food Writing compilation.