The third annual Lost Southern Voices book will be held April 12-13 at the Georgia Center for the Book in Decatur and the Clarkston campus of Georgia State University Perimeter College, and highlights marginalized Southern writers. 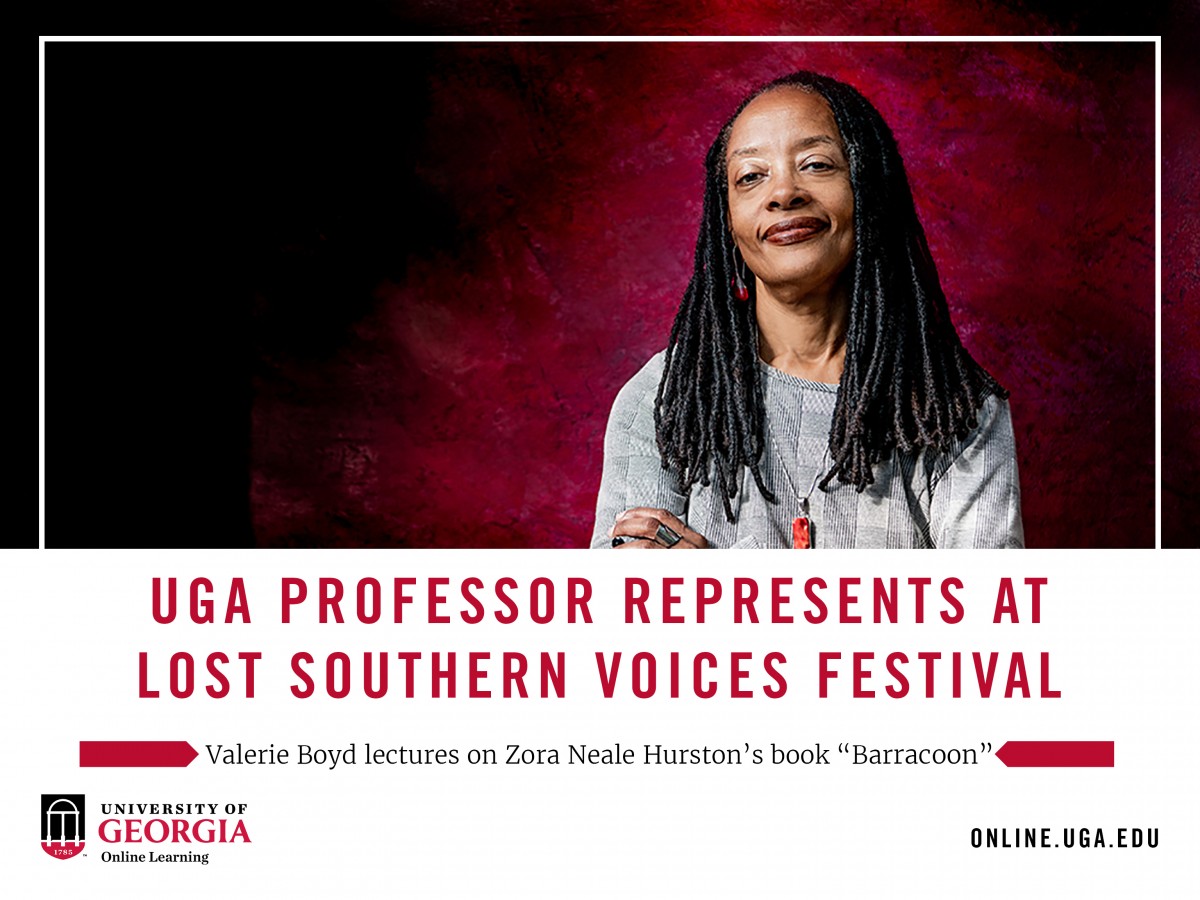 “We want to shed light on authors who have books that are out of print, or they were widely read and now they’re not. Or they have one or two works that are well known, but there are other works that aren’t as well known that we think we should pay attention to,” she said. “The goal is to show how much more there is to Southern literature than people realize,” said co-director Jennifer Colatosti.

This year’s program includes a talk  on Zora Neale Hurston, and her posthumously published work, Barracoon.

Speaking on behalf of Hurston will be her biographer Valerie Boyd, journalism professor and Director of Narrative Nonfiction for the low-residency MFA in Narrative Media Writing at UGA. Author of Wrapped in Rainbows: The Life of Zora Neale Hurston, Boyd will center her talk on Barracoon, Hurston’s nonfiction book—finished in 1931 but not published until 2018—about Cudjo Lewis, one of the last survivors of a U.S. slave ship.

“Valerie is absolutely terrific,” said festival co-founder Pearl McHaney, a Eudora Welty scholar and a Georgia State University professor of Southern literature. “It’s a chance for her to bring all of her love and knowledge of Hurston to the story of Barracoon, of Cudjo Lewis, and be able to talk to us about not just that story, but about it not being published.”

More information on speakers and authors featured at the festival can be found in the AJC.