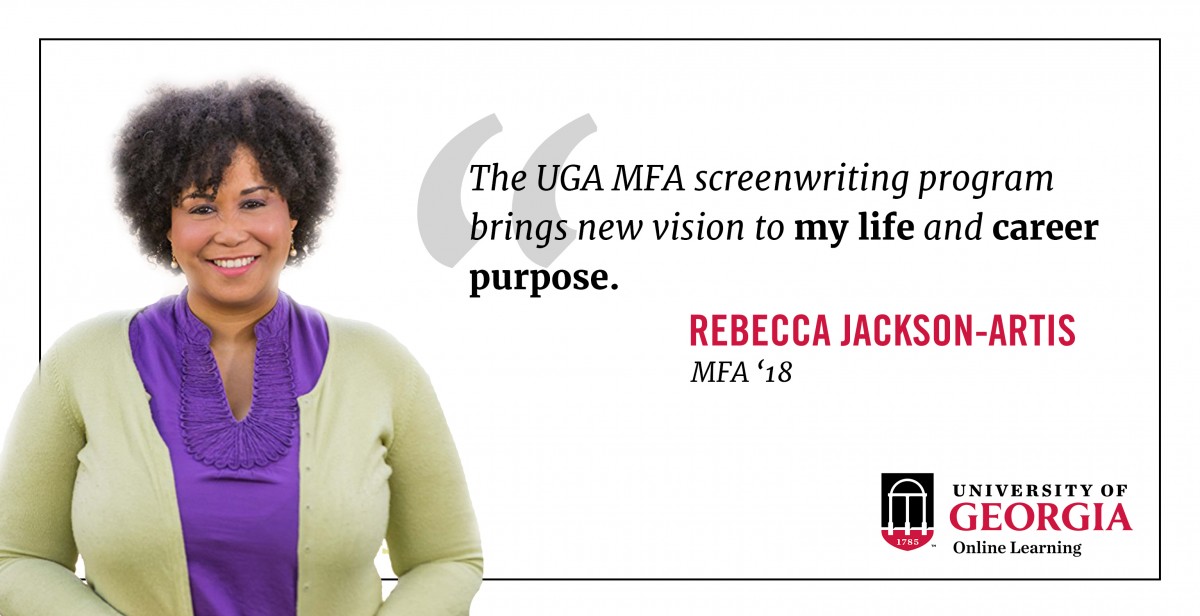 Totally Becky is a web series about a black woman named Rebecca Mason-Happ who has to return to corporate America for income after years of being a stay-at-home mom. Jackson-Artis is the co-founder, lead actress, screenwriter, and producer of the series.

Jackson-Artis developed the vision for the series in her last year in UGA’s MFA screenwriting program, and she created the comedic series in February 2018. Totally Becky's first three episodes are available for all to see on YouTube. There is an advisory warning on these videos that the content may not be appropriate for all viewers.

In the first episode, “Lacking Lactation,” Rebecca is a lactation consultant at a community health clinic who makes a change when she learns that her conventional approach isn’t reaching the community. The two additional episodes explore similar funny moments in Becky’s life, and Jackson-Artis has plans to turn Totally Becky into a series with episodes up to 30 minutes long.

Jackson-Artis believes the Low-Residency MFA Program in Narrative Media Writing was one of the best decisions she’s ever made and it guided her on her professional journey.