Christine Swanson, award-winning filmmaker and screenwriting faculty mentor in UGA’s Online Low-Residency MFA program, can now add “director of a major Lifetime motion picture” to her long list of accomplishments. Swanson directed the new motion picture, The Clark Sisters: The First Ladies of Gospel, while also assisting with screenwriting and production of the film in order to push the story to the highest creative limits. 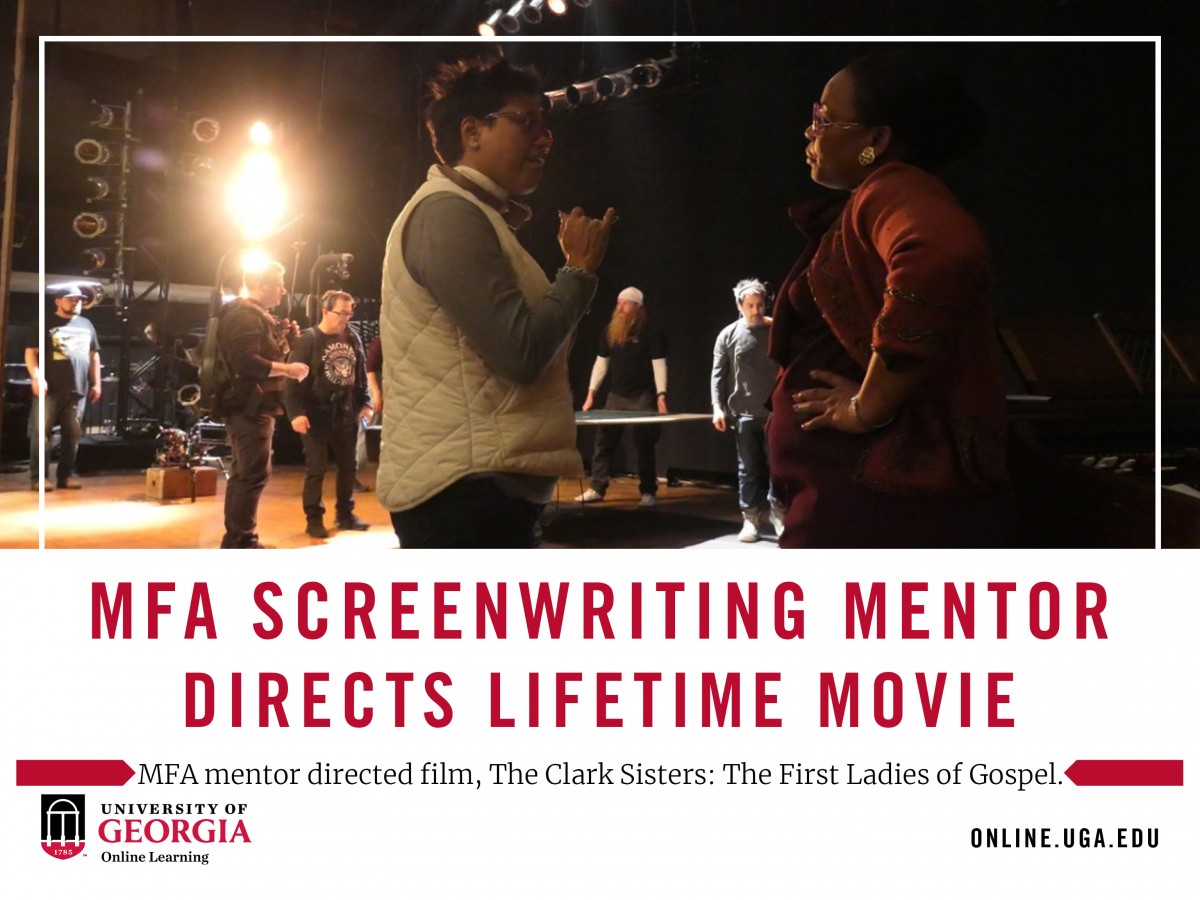 The movie recounts the lives of The Clark Sisters, the highest-selling female gospel group in history. The group is credited with bringing Gospel music into the mainstream, and the story follows the five Clark sisters and their humble beginnings enduring abuse, rejection, and betrayal, and later their rise to fame as icons in the Gospel music industry.

Sharing the same hometown as Detroit, Michigan, Christine Swanson felt tied to the Clark Sisters story and felt that it was her duty to direct their story and make sure their legacy remains in tack, especially as told through their movie.

Swanson explained, “Every single day, we pushed and pushed ourselves to our own creative limits to make sure the story rose to the level of the legacy of the Clark Sisters.”

The motion picture features an all-star cast starring award-winning actors Queen Latifah, Mary J. Blige and Missy Elliott among others, and originally aired on Lifetime April 11, 2020, the film has quickly received recognition as Lifetime’s highest-rated movie in four years with a viewership of more than 2.7 million people.

Christine Swanson earned her MFA in Film from New York University’s Tisch School of the Arts, and has developed, written and/or directed movie projects for numerous companies including HBO Films, Magnolia Pictures, State Street Pictures, TV ONE, and Faith Filmworks, her own independent film company.

“My goal was to make a movie that the Clark Sisters would be happy about. They told me they were very happy and thankful. So now, I can breathe a sigh of relief,” says Swanson.