Pursuing a graduate degree at UGA had been a desire of Brandon Fleming’s for some time. Initially, he wanted to continue his studies in English or Social Science, however, he was recruited by Valerie Boyd, Director of UGA's Narrative Nonfiction MFA program. 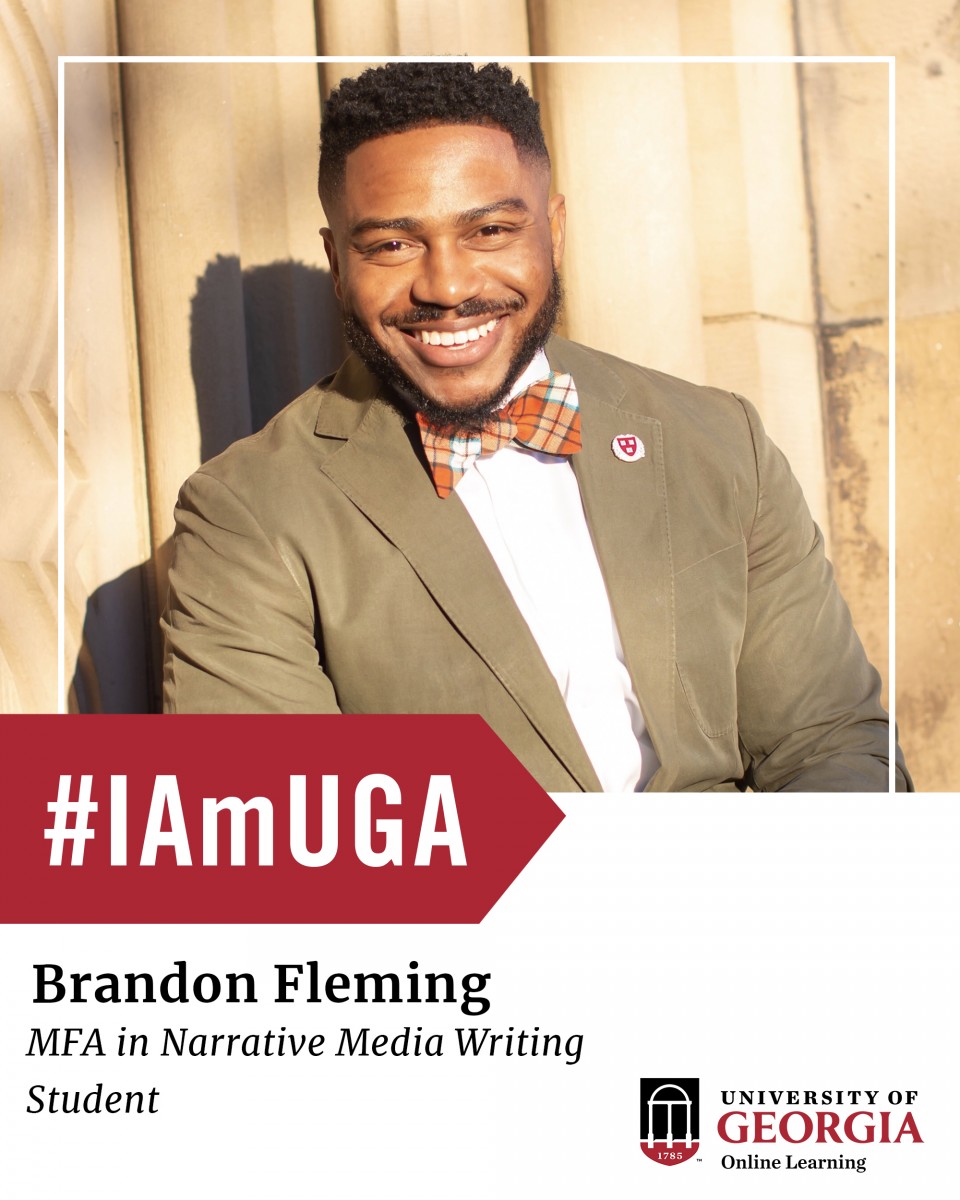 “We connected in another capacity and she saw something in me that I did not see in myself at the time: a memoir that is now called MISEDUCATED.”

After undergraduate school, Fleming taught in Atlanta for several years until he was recruited to become Assistant Debate Coach at Harvard University. At Harvard, Fleming founded the Diversity Project – a pipeline program that feeds Black youth into Harvard’s annual summer debate residency; Fleming is also a signed speaker with AEI speaker’s bureau.

MISEDUCATED is Fleming’s journey – in life and language – from being an at-risk youth and a college dropout to becoming an award-winning Harvard educator. The book is schedule to be released in June of 2021.

The MFA program is teaching him that stories impact people more than data, because stories are the gateway to empathy and change. Growing up, Fleming did not know that Black people could be scholars simply because he never saw them. What he did see was Black gang members and Black drug-dealers and Black athletes – so that’s what he thought he could be, and that’s what he became.

Now a second-year student in the UGA MFA program, Fleming is telling his story in MISEDUCATED to show others what he needed to see and so he can tell others what he wishes he knew earlier.

“I offer my story for the voiceless. I extend my story as an arm to reach back into my community and invite others into a world that so many of us are miseducated into believing that there is no place for us. When I look back on my life and its many perils, I realize that telling this story is the reason why I was chosen to survive. It’s the reason why I was given a second chance,” he says.

Fleming’s journey to get published happened during his first year of the program. It all started during his first semester when his professor, Pat Thomas, believed so strongly in what he was creating that Thomas encouraged Fleming to share his story with a few literary agencies. Several agencies were interested in representing Fleming, and he chose Dystel, Goderich & Bourett where he is now signed and represented by Jessica Papin.

The following semester, Valerie Boyd worked closely with Fleming to prepare the book proposal for MISEDUCATED to market to publishers. The first week that the proposal was in the market, Hachette Books and others expressed interest, and after meeting with Hachette first, it was an instant match. Fleming felt they understood him and his work and vision, and before he had an opportunity to meet with the other publishers, Hachette publishing offered a book deal.

Fleming states that MISEDUCATED would not exist if it was not for the MFA program at UGA, “They helped pull a book out of me that I didn't even know existed. A good teacher reaches deep into a student and finds something magical within them; a great teacher knows how to do the gritty work of pulling that magic out. That’s what the MFA faculty has done for me. This online program has not missed a step or a beat. I am grateful that the online experience has maintained some intimacies that exist in a physical classroom; and in some ways it has provided even more.”