Zane Tackett is a proud Double Dawg who graduated in 2018 with his B.S.A. in Food Science and completed his Master of Food Technology Degree online in 2020.

Tackett was drawn to the Master of Food Technology courses in food product quality and safety and took it as a personal challenge to return to the University of Georgia for another degree. 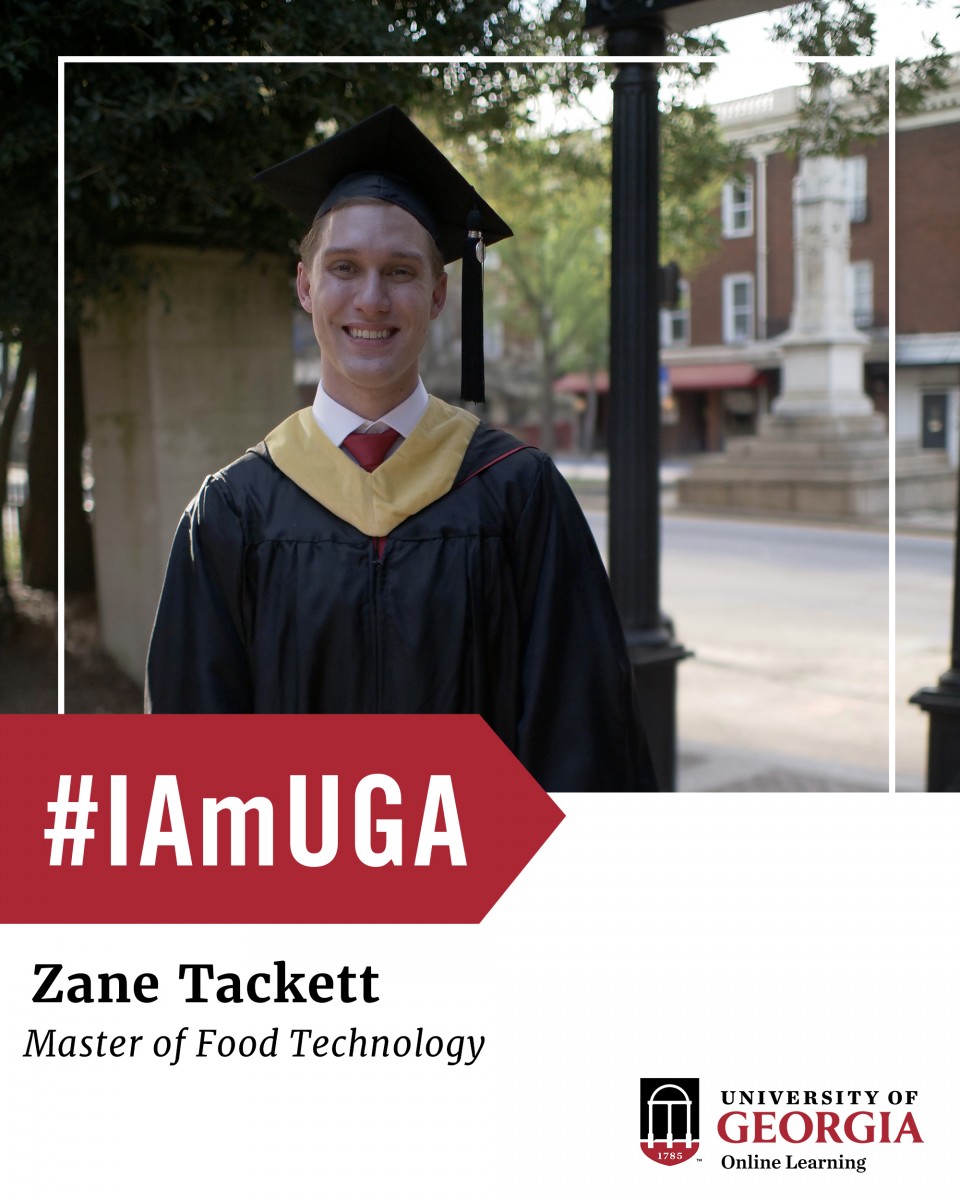 “I knew that was something I wanted to be a part of.  The reputation of UGA has opened so many doors for me, led me to meet incredible friends during college, and allowed me to connect with our alumni networks far and wide,” Tackett said.

The online master’s program is designed to provide flexibility and challenges for working professionals, something Tackett said he needed. Before he applied, he was living in Cartersville, Georgia and working long hours into the night at a brewery. An online degree was the best fit for his lifestyle, he said.

Tackett’s passion for food technology and policy started when was a fellow for the office of Georgia’s First Congressional District. He was selected as a participant in the CAES Congressional Agricultural Fellows program as an undergrad food science major. He said his research into food and agriculture policy during the fellowship helped him understand the industry and laws around food safety.

Tackett said both the faculty and students in the program all were from different backgrounds and brought interesting topics and perspectives to discussions.

“I was excited to be among a network of peers who were similarly interested in this niche world of learning about how food is made and how to make it better,” Tackett said.

His involvement in the MFT program was instrumental in his last promotion and has helped him better manage work-related issues and projects. Tackett was able to prove to himself he could complete this program despite his hectic work schedule. He also wanted to prove he could pay for this program on his own

For others considering an online program, Tackett said his biggest advice would be to “take charge of your own time.” Whether you just worked until 3 a.m. or you’re feeling sluggish, Tackett said time management is key.

“It’s about learning at your own pace and when it’s convenient for you.  Sometimes motivation strikes us all at different times of the day and it’s great to have the opportunity to capitalize on that freedom,” Tackett said.

Looking ahead, he said he hopes to be a Brewmaster for Anheuser-Busch one day. He is considering another degree such as a Ph.D. or MBA.