Couples who approach disagreements with positive behaviors have less stress.

Money, jobs, children—all common topics of arguments in relationships. Previous research has shown that how couples work through disagreements on serious topics can often predict the success of their relationships. But a recent study from the University of Georgia found that the way couples approach conflict is associated with a key biomarker of physical health. 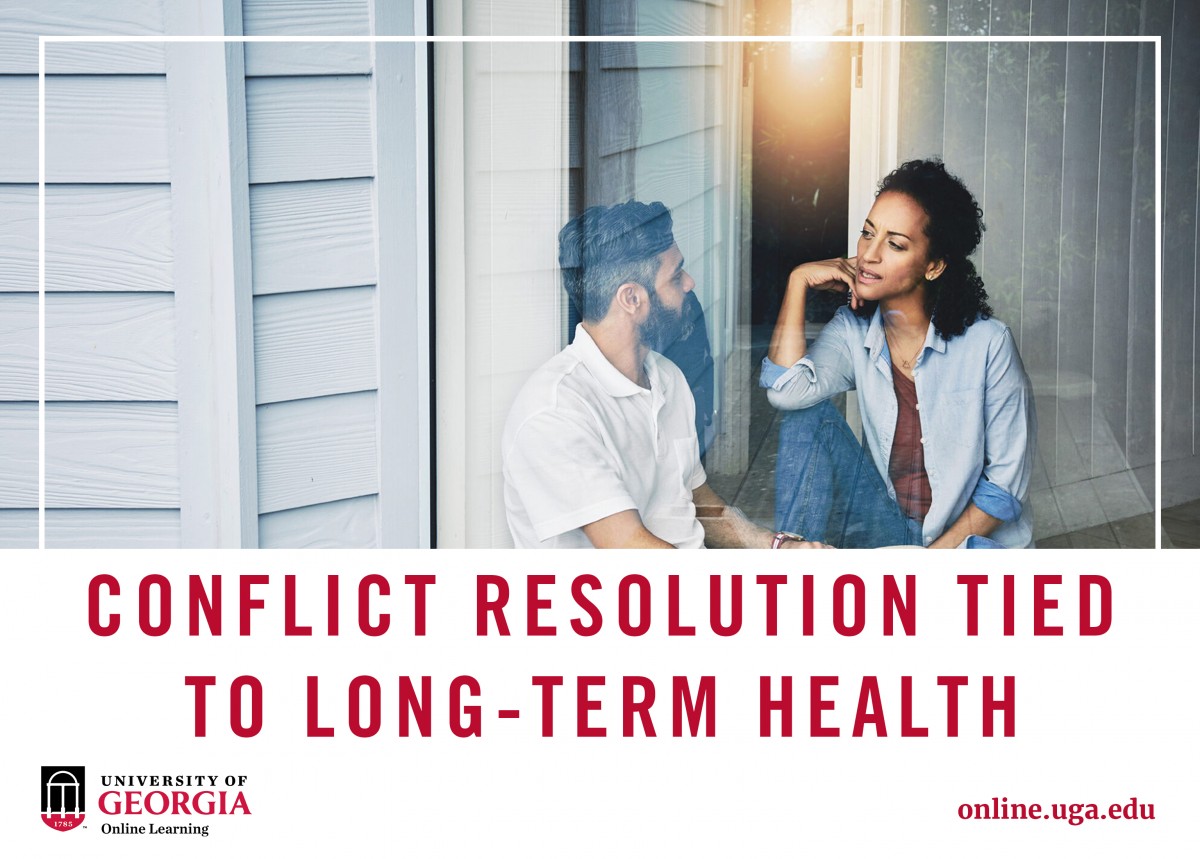 “The links between relationships and health are quite strong,” said Richard Slatcher, the Gail M. Williamson Distinguished Professor of Psychology and director of the Close Relationships Laboratory at the University of Georgia.

Slatcher co-authored the paper with Sabrina Bierstetel, a graduate student at Wayne State University. The pair examined video footage of 41 couples who were asked to talk through disagreements in their relationships. Before the couples were recorded, their cortisol levels were measured.

Slatcher and Bierstetel then compared the way each couple approached the discussion with their cortisol levels over a three-day period. They found that couples who used humor and affection while talking out their problems also had healthier daily levels of cortisol.

“We’re looking at these interactions as a measure of how couples typically would resolve disagreements at home,” said Slatcher. “We specifically had them engage in these discussions after we collected their samples because we didn’t want these interactions to impact their cortisol levels.”

Cortisol helps regulate many bodily functions, including metabolism, blood sugar and inflammation, but it is best known as the body’s primary stress hormone.

“Cortisol is a trigger of our flight or fight reflex. It has a circadian rhythm to it, meaning it spikes right after we wake up in the morning and slowly declines throughout the day,” Slatcher said.

People who cope well with stress tend to experience this healthy decline in cortisol levels. And the steeper decline across the day, the healthier people tend to be. These findings suggest that couples who resolve conflict with positive behaviors when they’re together at home experience better stress regulation, and in turn, could be increasing their longevity.

A smile goes a long way

While it’s unclear exactly why these cortisol patterns are linked with better overall health, one thing is clear: Something as small as a smile or a laugh can go a long way.

“We often have the instinct to try to win disagreements, and that’s a mistake that many couples make. Instead, they should be arguing for the relationship to win,” Slatcher said.

For him, the next step in this research involves looking at marital interventions.

“The vast majority of studies that have been done on relationships and health are correlational, including this one. I’d like to explore how we can help couples improve not only their relationships, but also their health by teaching them better skills to resolve their disagreements.”