Samantha Bresnahan graduated from UGA in 2018 from the Low-Residency Master of Fine Arts in Narrative Media Writing program. Bresnahan pursued this degree while working for CNN International in their global features unit, where she has produced and written special programs and documentaries for 11 years.

“I’ve had the good fortune of traveling around the world to meet incredible characters and share inspirational stories, and the desire to build upon that foundation is what led me to the UGA MFA program,” said Bresnahan.

Bresnahan chose UGA because it combined everything she was looking for in a program. 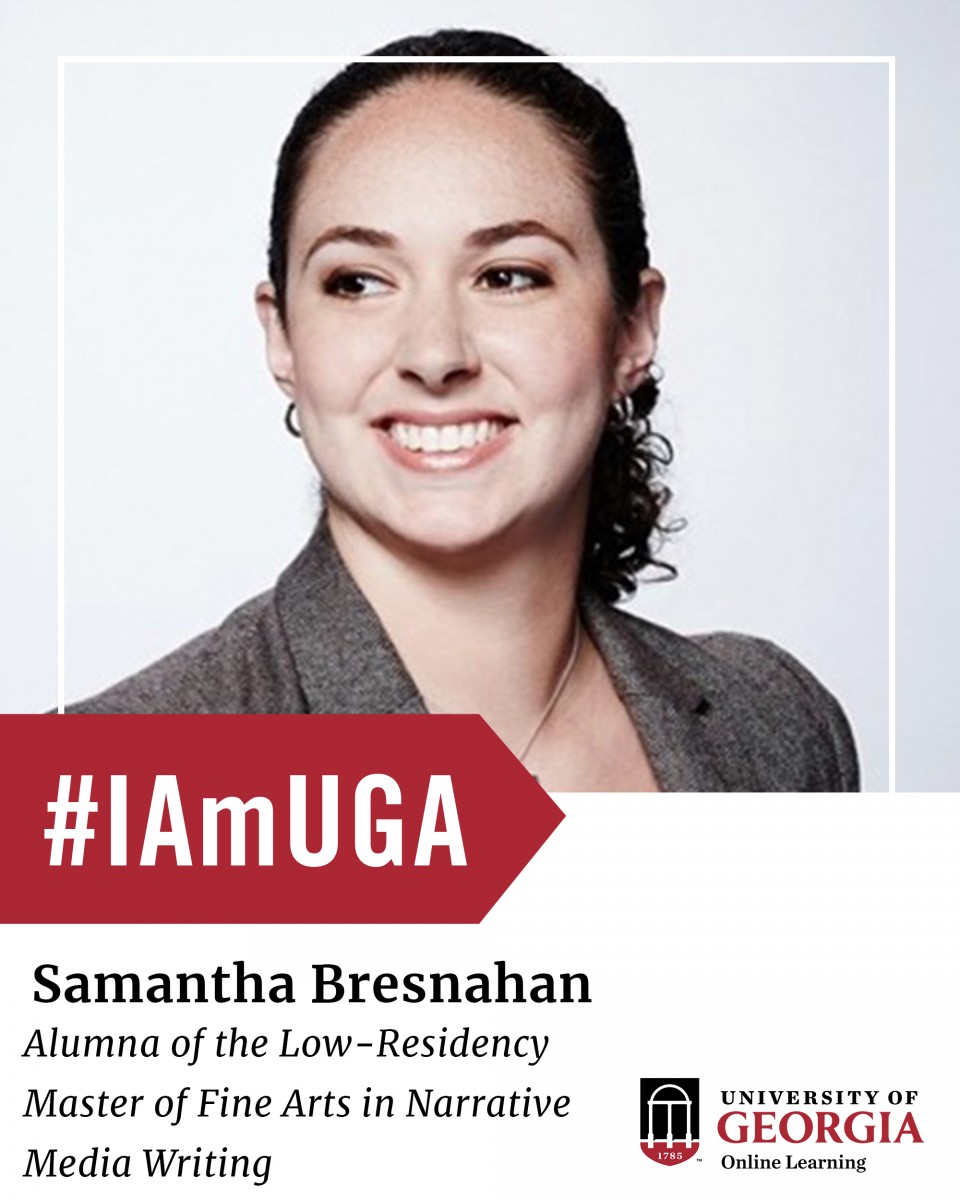 “As soon as I read the description about the program, I knew it was the perfect fit for me. It combined everything I was looking for in a writing MFA with the rigors of journalism, as the only program of its kind housed in a journalism school,” said Bresnahan.

According to Bresnahan, meeting with the Narrative Nonfiction program director, Valerie Boyd, sealed the deal for her. “Her vision for the program and its students was inspiring, and I knew I had to be part of it,” said Bresnahan.

The key aspect Bresnahan looked for in a program was flexibility and she found that in the UGA low-residency MFA program, which is housed in the Grady College of Journalism and Mass Communication. The program was personalized in a way that complemented her experience and goals.

“It allowed me to balance the demands of my full-time job, the unpredictable nature of business travel, and the pursuit of a graduate degree,” she said.

A quality Bresnahan did not realize was missing from her writing life was the connections she made with her classmates and mentors. “These connections run deep, and have continued long after graduation, and it continues to be a community of support, not competition.”

To anyone interested in the MFA program, Bresnahan suggests the need for self-discipline. However, the program offers a strong combination of deadlines and flexibility, and Bresnahan recommends clearly communicating with faculty mentors to make the most out of the program.

Taking online courses benefited Bresnahan almost immediately in her job as a television producer, she said.

“Even though the program was geared toward written narratives, the fundamentals of storytelling across all platforms, and my writing, interviewing, and narrative decision-making have all grown stronger,” Bresnahan said.

Bresnahan hopes to become a published author and expand her story-telling skills with this degree. She wants to tell stories that matter and engage her audience.

“The foundation to meet that goal was set during the program: by the time I graduated, I had a completed book proposal and a literary agent. My dreams are well within reach now because of this MFA experience and degree,” she said.

Bresnahan plans to continue writing and applying what she learned in the MFA program to both her job and her ongoing book project.