The University of Georgia College of Education is launching a special initiative to name its college for UGA’s first African American graduate, Mary Frances Early, as the University heads into the final year of its Commit to Georgia capital campaign. 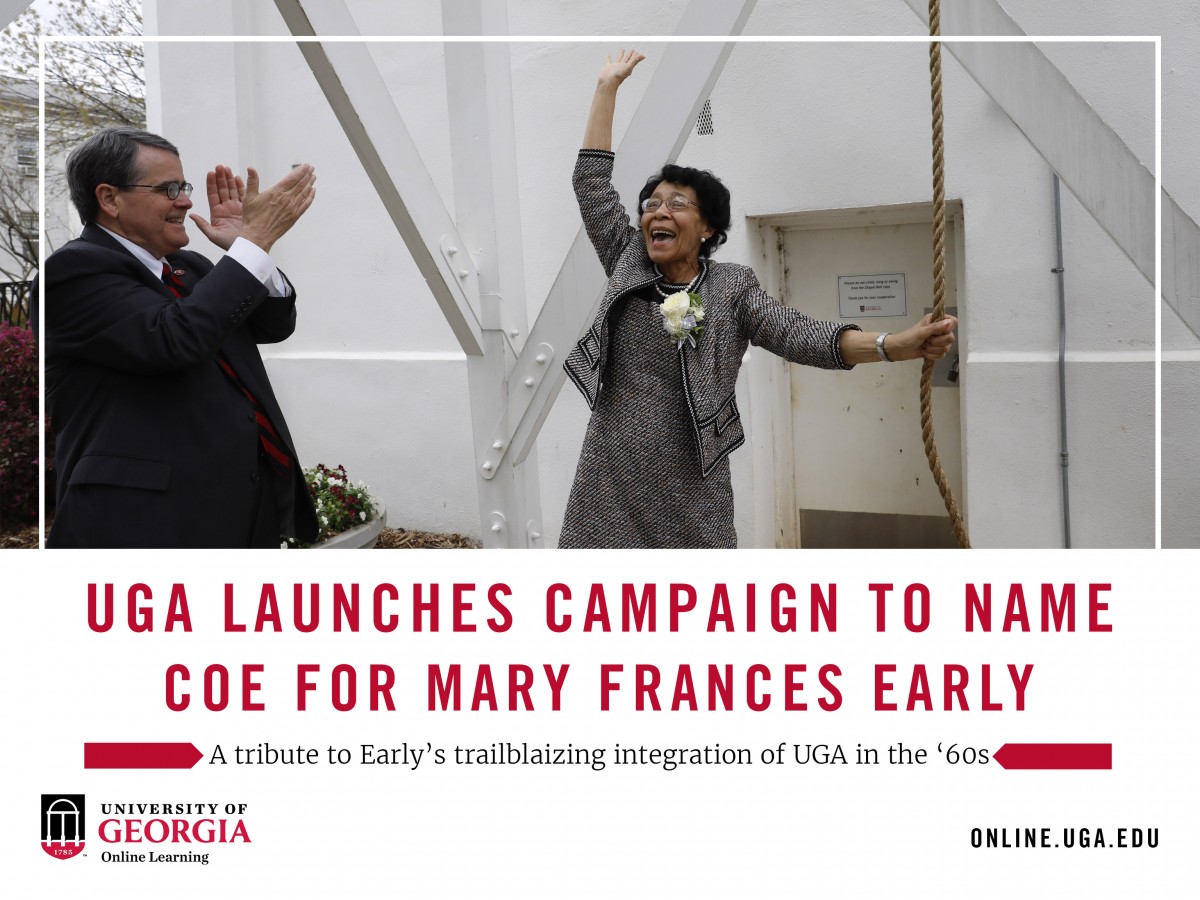 “The proposed naming of the College of Education in honor of Mary Frances Early is a tribute not only to her trailblazing integration of UGA in the 1960s but also to her lifetime of accomplishment and service to others as a music educator,” said College of Education Dean Denise A. Spangler.

“I am deeply honored because I spent my entire career in education, and I never dreamed that I would receive such an incredible recognition from the University of Georgia,” said Early.

A lead gift to the campaign already has been made by UGA President Jere W. Morehead: a designation of $200,000 from the President’s Venture Fund which, when matched by the UGA Foundation, will be used to create four new $100,000 Georgia Commitment Scholarships for students with financial need. These Georgia Commitment Scholarships will be awarded with a preference for students who intend to pursue majors in the College of Education or music education majors in the Hugh Hodgson School of Music.

“I am delighted to join Dean Spangler in kicking off this campaign with a gift that not only honors Mary Frances Early but also that supports public education in Georgia by providing need-based scholarships for students who want to follow in her footsteps,” said Morehead. “She has touched the lives of thousands of students over her long career as an outstanding teacher, and this will enable future generations of students to continue her life’s work.”

A native of Atlanta, Early came to UGA in the summer of 1961. She became the first African American to earn a degree from the University of Georgia when she graduated on Aug. 16, 1962, with a master’s degree in music education. She returned in 1964 to continue her education, earning a Specialist in Education degree in 1967.

The full release is available to read on UGA Today.