A viral tweet that compared the sugar intake of a 20oz bottle of soda to eating six doughnuts in one setting has taken Twitter by storm and raised questions about modern sugar consumption. The graphic compared three products to a “comparable” amount of doughnuts in terms of sugar measurements, including the assertion that 12 oz of Juice was equal to 3.25 doughnuts and that a 16 oz Energy Drink is 5.5 doughnuts. 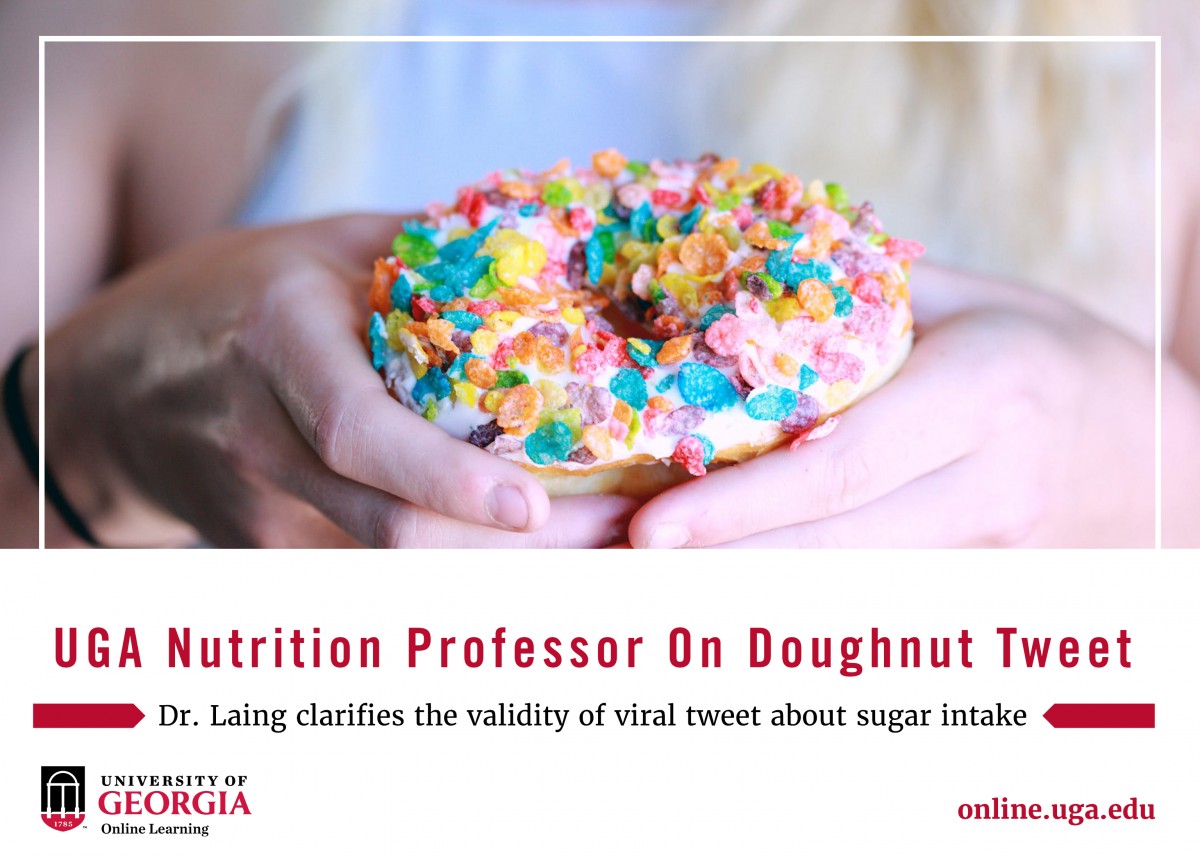 11 Alive was covering the validity of the tweet on its Verify Section and reached out to UGA Clinical Associate Professor, Emma Laing, for her expertise. Dr. Laing teaches in the Food and Nutrition department and as an online instructor in the Master in Foods and Nutrition, Community Nutrition. Her background in food nutrition prepared her to approach this viral tweet. The tweet should be viewed with caution as many people who proclaim to understand nutrition might inadvertently pass on misleading information, says Laing.

“There is also so much attention on social media given to self-proclaimed food and wellness bloggers propagandizing readers to ‘eat healthy,’ but some have no nutrition background and can misinform the public. With every topic we cover in my courses, students leave class knowing where they can turn for credible information.”

"The graphic posted on Twitter was meant to show that one 20-oz bottle of soda contains about the same sugar content as 6 average-sized doughnuts. Calling attention to the fact that Americans tend to over-consume added sugars might be effective; however, the message in the infographic is oversimplified," Dr. Laing said. "The calorie and nutrient content of doughnuts can vary widely and so does the nutritional content of fruit juices and sugar-sweetened beverages."

Dr. Laing says this should not be considered an equal exchange because of factors like saturated fat and sodium.

"The bottom line is that though the sugar content might be similar, eating doughnuts is not technically healthier than drinking a bottle of soda," Dr. Laing said.

So, if you were looking to celebrate National Doughnut Day today, maybe just stick to one.
The full version of this article is available on 11Alive.