Kerstin Emerson, a clinical associate professor of gerontology at UGA’s Institute of Gerontology and new online Graduate Certificate in Gerontology, said she’s concerned that older adults could be experiencing more exacerbated feelings of loneliness due to social distancing. 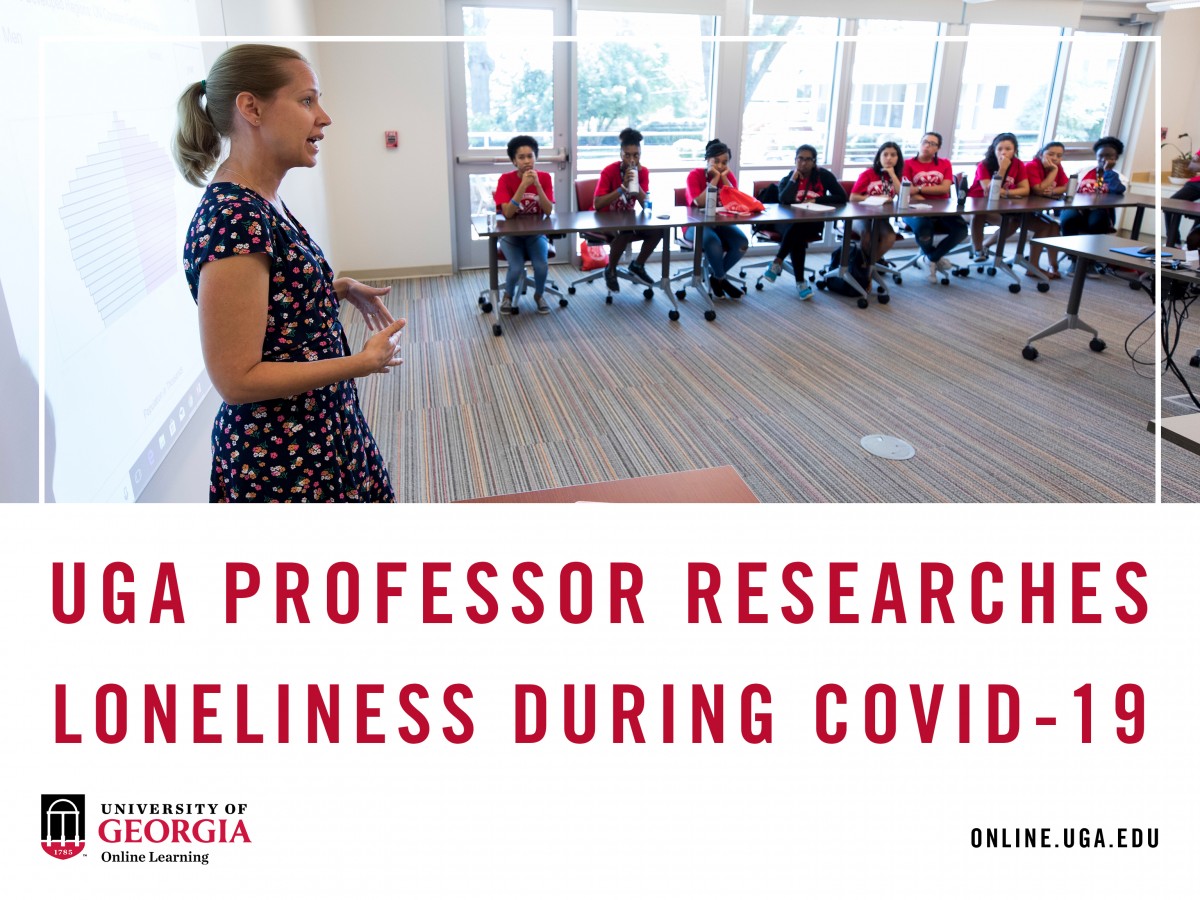 America’s oldest citizens say they’ve been through worse, but many older adults are feeling the stress of COVID-19 and prolonged social distancing measures, according to a new study from the University of Georgia.

And most are using a wider range of communication tools to stay in touch.

“Many of the social venues that help older adults stay engaged are effectively cut off now with social distancing. While the internet can help with some connections, it is hard to replace human contact,” said Emerson. “And for some these remote connections aren’t possible due to no reliable internet.”

Once states began issuing shelter-in-place orders, Emerson decided to conduct of survey of U.S. older adults to get an idea of how they were coping and some possible ways to help.

A total of 833 adults aged 60 and older living in the U.S. completed the survey between March 30 and April 12.

The Centers for Disease Control and Prevention released recommendations on March 5 encouraging older adults to stay home to protect themselves from COVID-19 exposure. By the time participants took the survey, they had been social distancing for an average of 17 days.

She was especially interested in how the responses differed among two subsets of survey participants – those aged 60 to 70 and adults 71 and older.

“Part of the reason I did that was because I wanted to see if there was a difference by age groups, among the ‘younger old’ and ‘older old,’ who may have different work responsibilities and living situations,” said Emerson.

Two themes emerged from survey responses, which seemed to break down along that age line. About 40% of 60- to 70-year-old respondents said they felt moderately or very stressed and felt out of control of their lives.

That could be why Emerson found that this subgroup reported more increases in some unhealthy behaviors, such as drinking more alcohol and eating more than usual. One-third report exercising less. Although Emerson also notes that one-third of the same group are exercising more.

But the older subgroup, those 71 and older, seem to be handling stress better than their younger counterparts – 74% said that they were experiencing little to no stress, comparing the current situation to being no more stressful than living through past war times.

“That’s where older adults have a strength,” said Emerson. “They have life experience and coping mechanisms that we don’t often give them credit for, but that’s part of their wisdom. We can really turn to older adults as examples of how to manage and live through bad periods of history.”

Notably, compared to pre-social distancing, two-thirds of respondents are on social media, like Facebook, and using more smart devices. Over half reported using video calls once a day.

This information is key for public health practitioners, said Emerson, who are trying to craft interventions to support the emotional and physical well-being of older adults remotely.

Emerson noted that the survey respondents represent individuals who have access to the internet and a personal computer or smart device, “so we’re probably not reaching the most vulnerable populations, people who are socially isolated in rural areas or who are incredibly poor.”

There is always more to learn, said Emerson.

“The survey ends up raising more questions than giving answers in some cases, but that’s the nature of it.”

The study, “Coping with being cooped up: Social distancing during COVID-19 among 60+ in the United States,” published in the Pan American Journal of Public Health in June.