Larry Howard, a 30-year veteran and former Command Master Chief in the Navy, recently enrolled in a new title–UGA online student.  Howard is enrolled in the online graduate certificate program in Nonprofit Management and Leadership. 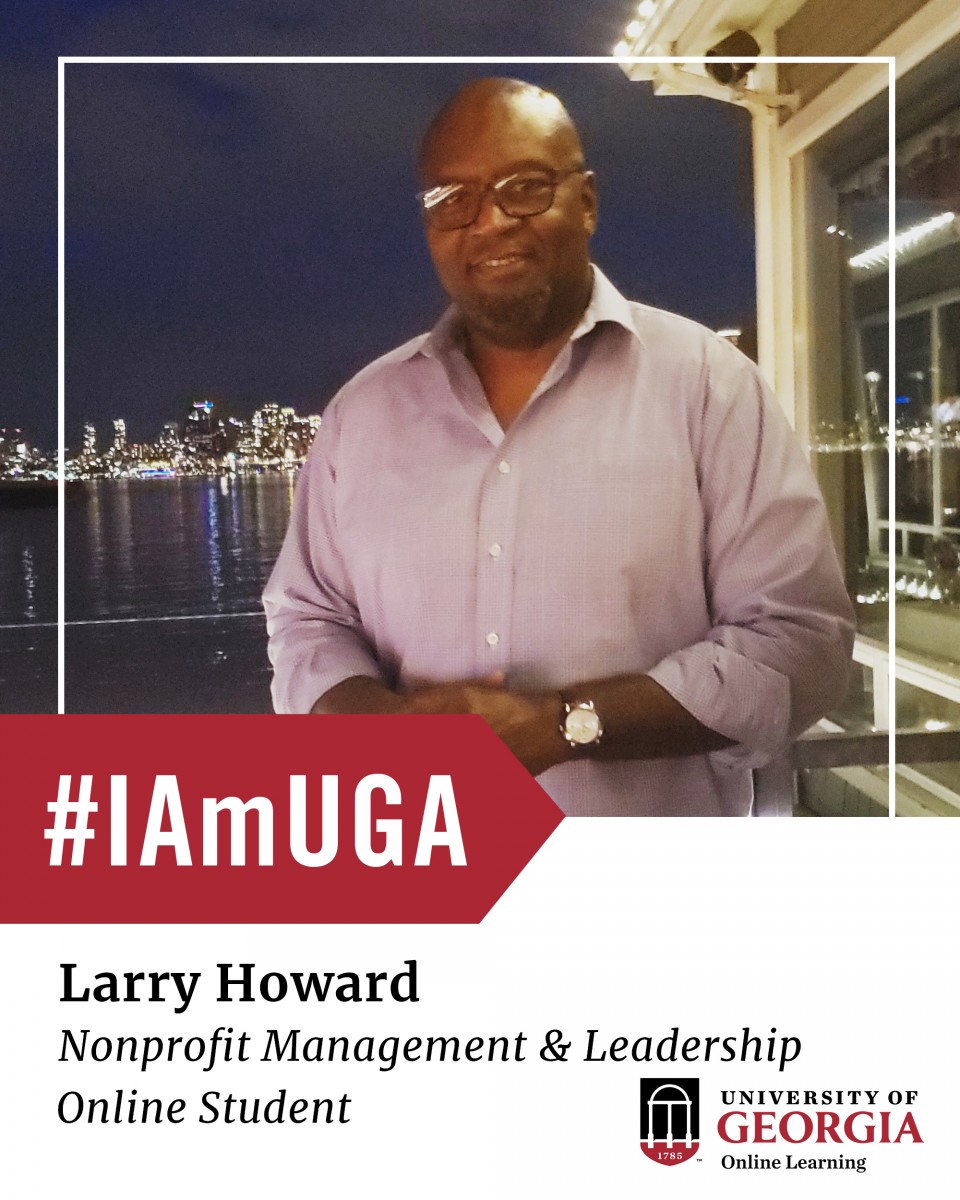 “I chose to go back to school at UGA to better equip myself to help my fellow veterans,” Howard says.

According to the most recent data released by the U.S. Department of Veteran Affairs, revealed 2017’s suicide rate in Georgia is 27.9%.

Howard found this statistic “heartbreaking” and plans to establish a nonprofit organization focused on offering mental health consulting and a community to veterans. The organization will be called VeteransFirst365. Howard believes the Nonprofit Management and Leadership program is shaping him into the leader he needs to be in order to see VeteransFirst365 come to life and last.

As a young adult, Howard chose to enlist in the Navy in order to pursue his love for traveling. His military service led him to Puerto Rico, Guam, Japan and Italy and 50 overseas locations. He wanted to “see the world and all it’s beauty”–yet Howard says it’s the people he met that made a lasting impact.

It’s the veterans he met and struggling veterans country-wide, he hopes to help.

“I served our country and it’s citizens with other veterans for years,” Howard says. “Now it’s time to serve them [veterans].”

In light of Veterans Day, Howard believes a single day is not enough to “repay” veterans–every day Americans “should honor” their service. He says attention should be focused on the rehabilitation and support of homeless and struggling veterans as well.

“The pledge to serve and protect resonates in the heart of a veteran forever,” says Howard. “The sacrifice never ends.”