The University of Georgia College of Education is launching a special initiative to name its college for UGA’s first African American graduate, Mary Frances Early. 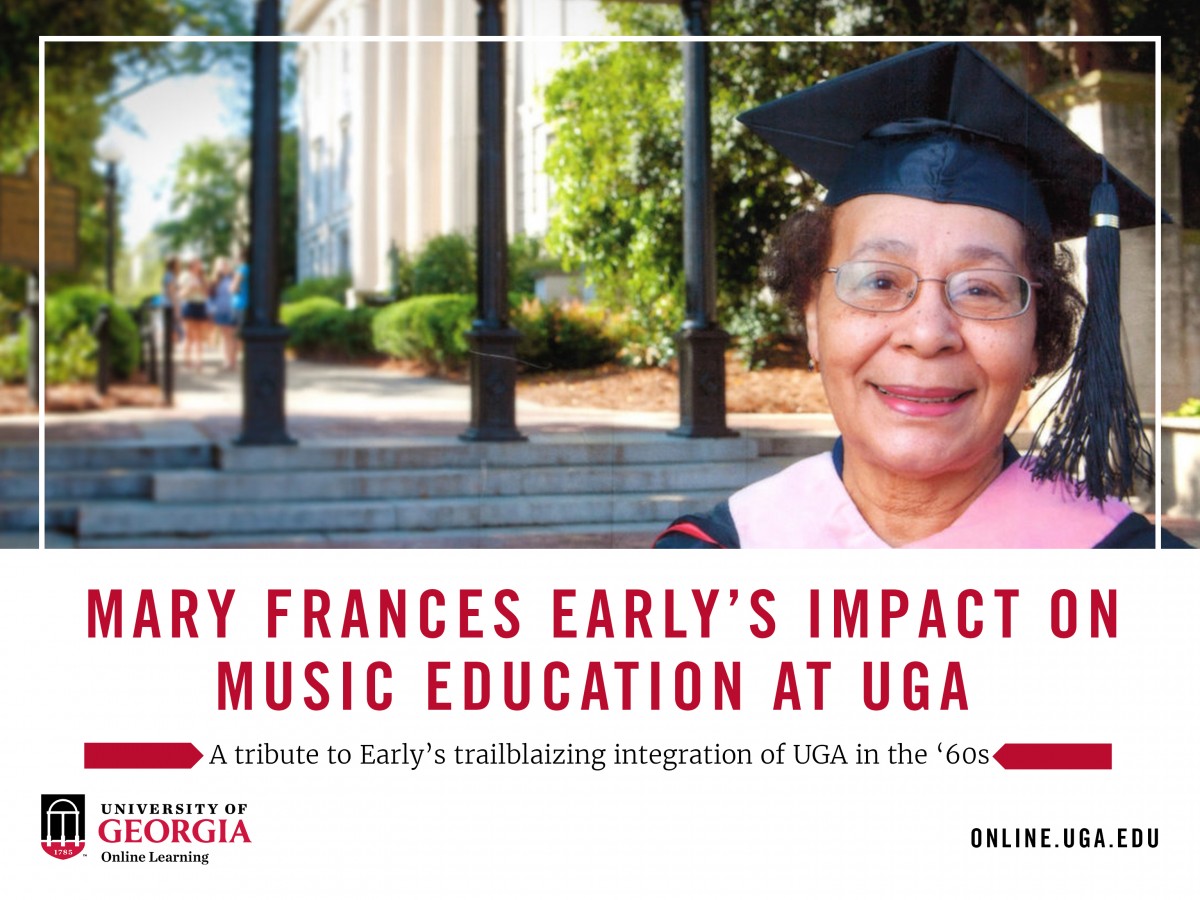 Early’s contributions to music education in the state of Georgia are immeasurable. The campaign was announced at an event on Tuesday, June 11 to distinguished alumni and UGA leadership. There, the plans to rename the college after trailblazer Mary Frances Early began in earnest.

Mary Frances early completed her Master’s Degree in Music Education at UGA. A native of Atlanta, Early came to UGA in the summer of 1961. Her earned degree is offered online as a part of the Master of Music Education program. She became the first African American to earn a degree from the University of Georgia when she graduated on Aug. 16, 1962, with a master’s degree in music education. She returned in 1964 to continue her education, earning a Specialist in Education degree in 1967.

Early, who was class valedictorian at Henry McNeal Turner High School and earned a bachelor’s degree in music education from Clark Atlanta University in 1957, became a music teacher in the Atlanta Public Schools and was eventually promoted to music director of the entire school system. She worked with teachers in the system’s 100-plus schools, and was in charge of the music curriculum, budget, textbooks and more.

“My career was dedicated to music because I felt that all students deserved a first-quality music education experience,” Early said in a recent interview. “Music is not a frill, but a necessary component of a well-rounded education. As a universal language, music will follow students throughout their lifetime because it defines all cultures.”

Early retired in 1994 after working for 37 years in public schools. She later taught at Morehouse College, Spelman College and Clark Atlanta University as head of the music department.

“The proposed naming of the College of Education in honor of Mary Frances Early is a tribute not only to her trailblazing integration of UGA in the 1960s but also to her lifetime of accomplishment and service to others as a music educator,” said College of Education Dean Denise A. Spangler.